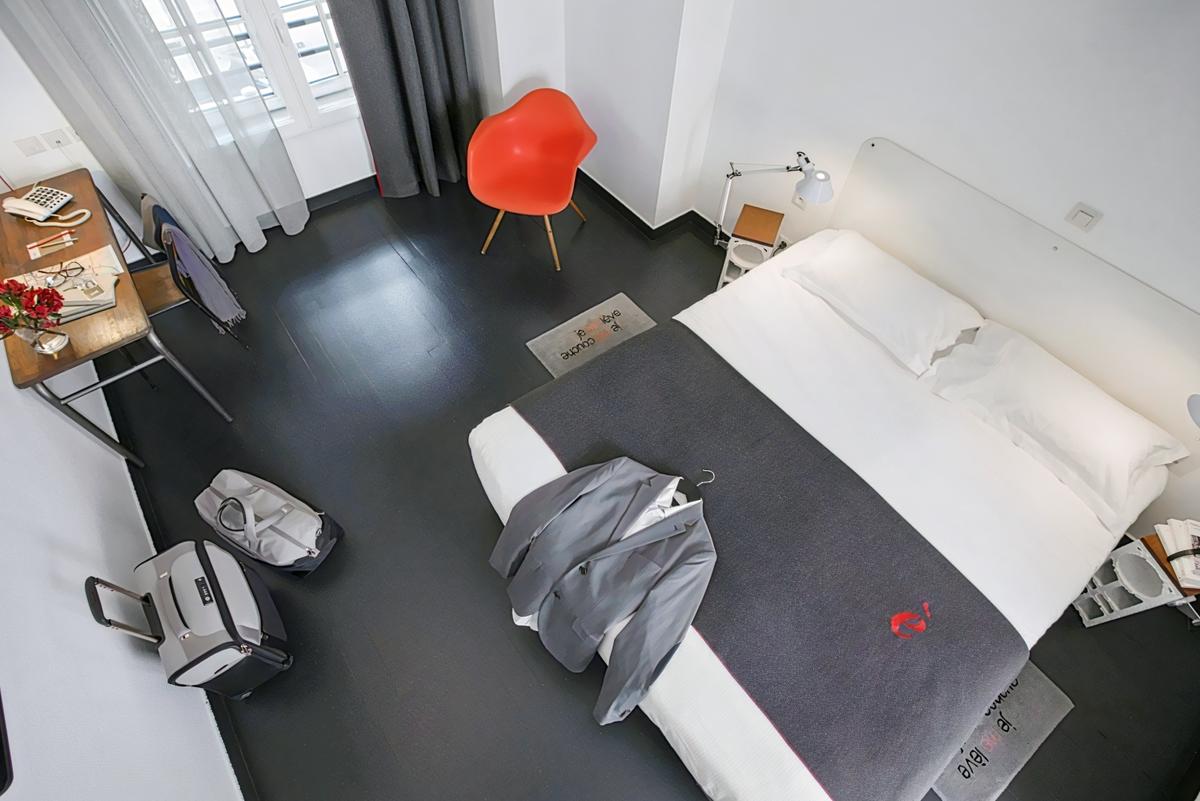 5 Place Saint-Paul, Lyon, France
Our hotel experiences are exclusively during the daytime
Sorry, the hotel has no more available offers
Find a similar hotel among our 7000 partner hotels
Find another hotel

Pet friendly
Description
For business and tourism stays, the Collège Hotel is ideally located in the Vieux Lyon district, appointed UNESCO World Heritage site. This exceptional location is at a walking distance from most of the city’s best attractions: the Renaissance Old Town, the Traboules, the Gallo-Roman Theaters, the main museums, as well as the Presqu'île and its prestigious shops.
This 4-stars school themed hotel, combining design and nostalgia with a « back to school » theme, has 40 rooms, some with balconies and terraces with breathtaking views over the city.
Its singular Art-Deco facade is well known to people in Lyon as an artistic landmark in the city. It is a first glimpse of the surprising theme spreaded inside.
In this original decor, the different meeting rooms are fully equipped and give access to a very beautiful garden terrace for work breaks, which is a rare asset in Vieux Lyon.
At night the show that the hotel puts on is amazing… 130 windows light up as part of an extraordinary and unique light show, that enhances the magnificent 1930s facade.
The enjoyement continues at the Baràgones, next door from the entrance of the hotel. In a South-American and Carribean atmosphere are proposed signature cocktails, wines and snacks.
Free of charge wifi internet access throughout the hotel. The private parking is right next door.
The hotel is accessible to disabled people.

How to get there

How to get there